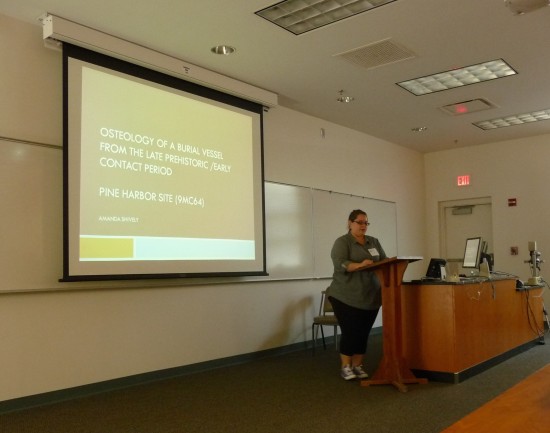 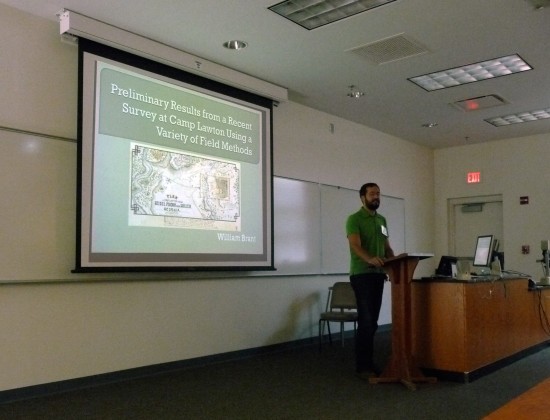 William, an archaeology student in the Master of Arts in Social Sciences (MASS) program, discussed his recent efforts at identifying and documenting different areas of function and activity at the Camp Lawton Civil War prison near Millen, GA. His presentation was titled Preliminary Results from a Recent Survey at Camp Lawton Using a Variety of Field Methods.

Amanda, an undergraduate Anthropology major whose interests include physical anthropology and skeletal biology, discussed her ongoing analysis of remains recovered from the Georgia coast. Her presentation was titled Osteology of a Burial Vessel from the Late Prehistoric / Early Contact Period Pine Harbor Site (9MC64).

Congratulations to our student researchers, who presentations were well-received and stimulated many interested questions from the symposium audience!