Dr. Laura Agnich was awarded the 2014-2015 University Award for Excellence in Service, which is designed to “recognize and reward faculty who use their academic disciplines to provide non-compensated assistance to the community and region, as well as in the academic arena.” Dr. Agnich is the faculty advisor of the Mock Mediation Club which was recently awarded two 2015 awards, Small Student Organization of the Year and New Student Organization of the Year, by the Office of Student Leadership and Civic Engagement. In addition, four student members of the Mock Mediation Club participated in the first international mock online dispute resolution held by the International Academy of Dispute Resolution (INADR) on May 2, 2015.

The Mock Mediation Club held its first annual internal mock mediation competition on Georgia Southern’s campus on Saturday, April 25. Four teams of three competed in three rounds of competition, judged by peer members of the Mock Mediation organization. Several student competitors were recognized for their performance in the competition, including Justice Studies majors Roland Turner who won the “Rising Mediator” award, and Precious Marsh whose team took first place in mediation at the competition.  In addition, Master of Arts in Social Sciences student concentrating in Criminal Justice and Criminology, Jack Lightfoot, won first place for an advocate/client team.

The Mock Mediation Club is dedicated to teaching students the skills and values associated with negotiation, advocacy, and the resolution of multiple forms of conflict through mediation practices. To learn more, please contact Dr. Agnich at lagnich@georgiasouthern.edu 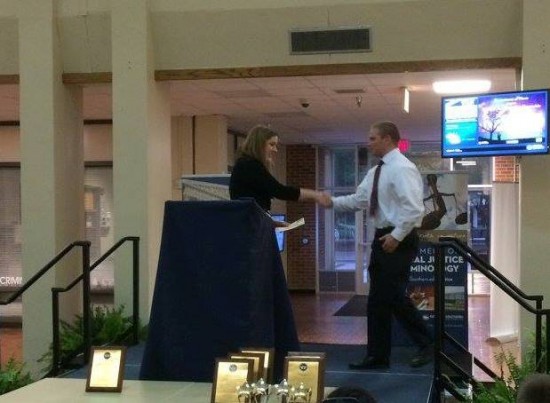