On March 9th, 2015, Dr. Eric Hall, Assistant Professor of History, presented Ghosts of Ferguson: Race and Rebellion in Urban America, 1914-1992 in the Carroll Building, room 2229. His talk provided a historical perspective on protests and riots surrounding episodes of police violence in the twentieth century, and was the first in the Race, Crime, and Community Lecture Series sponsored by the Department of Criminal Justice and Criminology,  Multicultural Student Center, Department of Sociology & Anthropology, Department of History, Justice Studies Club, Sociological Society, and Campus Life Enrichment Committee (CLEC).

This series of lectures focus on current issues in police-community relations in the United States. Following incidents in Ferguson, New York, and Cleveland, along with protests across the country, police-community relations have been at the forefront of popular media accounts as well as academic research. The series will conclude with a guest lecture by Dr. Alice Goffman from the University of Wisconsin-Madison on Thursday, April 2nd, 2015 at 6:30pm in the Russell Union Theater. Students, faculty, and staff are welcome to attend all lectures and attendance verification has been arranged. Questions and comments can be directed to Chad Posick at cposick@georgiasouthern.edu. 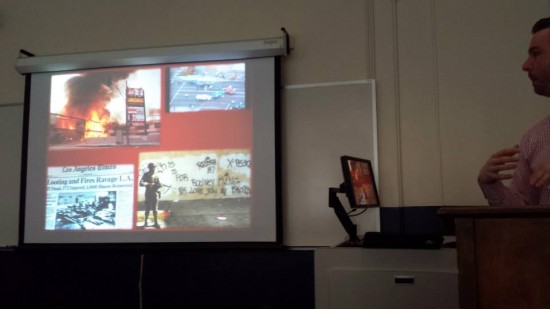 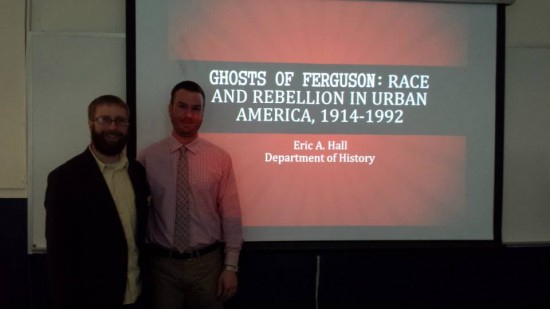