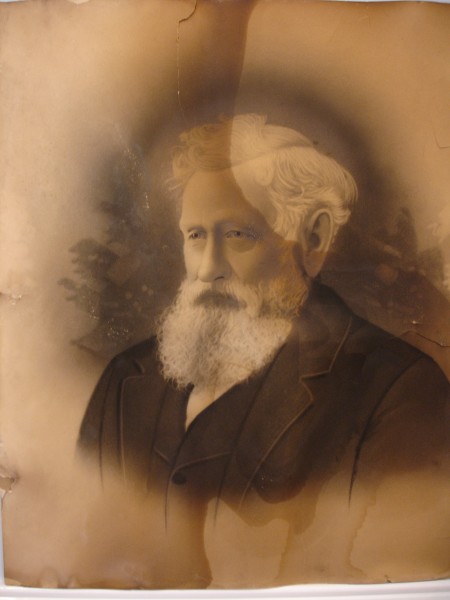 Sebastian Glamser was born January 20, 1834, in Jungingen, (Hohenzollern) Germany.  He immigrated to the U.S. in 1854 at the age of 20, probably coming in through Philadelphia PA since he mentioned in his Claimant’s Affidavit for Pension that he lived there prior to moving near Little Sandusky, Ohio.  He stated he had lived there for approximately seven years as a farmer before entering into the Union Army.  He joined Company F, 37th Regiment of the Ohio Infantry Volunteers at Cleveland, Ohio.

In Sebastian’s pension claim, he stated that he was claiming pension for:

“Bronchitis and Asthma.  Said disability was incurred in the month of February 1865 and was caused by exposure to stormy and cold weather on the road from Florence SC to Richmond, Virginia and exposure and hard fare while in rebel prisons, Andersonville, Milledgeville [sic, Millen], Macon and Florence.”

In his affidavit, he states:

“I was captured on the 22nd of July 1864 near Atlanta GA. Was taken from there to Andersonville prison.  And confined in Sumter (Camp Sumter was original name) prison for some time.  From there we were taken out for exchange, but for some reason was not exchanged.   But were taken to Macon GA. And kept there till some time.  Were taken from there to Millen GA and confined there some time.  Were taken from there to Florence SC, and remained there in Stockade till about the middle of February 1865.  I was then taken out and sent to Richmond VA.  All my comrades of my co. and Regt were left behind in Florence and I have not seen or heard from any of them since.  And if any of them are alive I do not know of their whereabouts at this time.  On the trip from Florence SC we were frequently ambushed and had to lye (lie) out without any shelter or fire with poor clothing.  The weather was very cold.  And while lying at Danville many of the prisoners froze to death.  From the exposure of my imprisonment and especially on the trip from Florence to Richmond, I contracted a breathing (?) trouble which has since developed into asthma and bronchitis.  On our arrival in Richmond we were confined in Libby Prison.  Was there paroled and sent inside the Union line.  Sometime in the latter part of February 1865 and taken to hospital at Annapolis MD and treated by hospital surgeon.  Was removed from there to Baltimore MD and placed in hospital for treatment some time.  Remained till discharge on Surgeon’s Certificate of Disability and expiration of time of service.  Discharge date April 10th, 1865.”

I am certain that Sebastian served in the Prussian Army before he was granted permission to immigrate to this country.  Military service was mandatory for young Prussian (German) men during the middle 1800s.  That would easily explain why he was 20-years old at the time he arrived in the United States.  He was the only son who risked the month-long or more journey crossing the Atlantic Ocean.  His sister, who was younger, had been the very first of his siblings to come to America.  From family history I learned that Sebastian and his sister were saving money for another brother to come over, but they lost a brother in a drowning accident on the Bodensee (Lake Constance) when all hands and passengers went down with the ship.  Thus, no other brothers wished to take that risk to come to the New World.

Sebastian’s regiment covered an amazing amount of territory, especially when much of it was on foot, or via steamboats, during the Civil War.  The unit was mustered in Camp Denison (Cincinnati) Ohio and soon moved into the Kanawha Valley, what is now part of West Virginia.  After fifteen months, they were ordered to head for Vicksburg, Mississippi, by steamships down the Ohio and Mississippi Rivers.  The 37th was deeply involved in activities before and during the Battle and Siege of Vicksburg and that is where Sebastian received his one and only wound of the war—a bullet grazing his right temple, something for which he never even received medical attention.  That occurred May 19, 1863.  The unit remained in the Vicksburg and Jackson areas throughout the summer, but they eventually received orders to go back up river to Memphis and make their way to Chattanooga as quickly as they could get there.  November 25, 1863, found the unit in fierce battle on top of Tunnel Hill on Missionary Ridge, during the Battle of Chattanooga.  After that resounding victory, they were diverted to Knoxville, only to find out upon arrival that Burnside’s men were not in the dire straits that Sherman was lead to believe.  Thus, the men returned to the Chattanooga area where the men who had re-enlisted were given a 30-day furlough to return home while the others remained in the vicinity.  Upon the return of those men lucky enough to get home for a brief stay, the troops began their march for Atlanta.  Their fighting began in Resaca, Georgia, and on down to Dallas, New Hope Church, Allatoona Hills, and on to Kennesaw Mountain where the regiment was in a nightmare of a battle at the base of Pigeon Hill on June 27, 1864.  After that disappointing defeat, the unit began to make their way to Stone Mountain, but were diverted to Decatur, where they marched into Atlanta days later, marching throughout the night to get in place on July 22, 1864.  The 37th was in battle once again surrounding the area of the Troup Hurt House where Sebastian and other comrades where taken prisoner.  They had less than a quarter of a mile to have to march to reach the train that would bring them to Andersonville Prison, arriving at that hellish stockade on July 24, 1864.  Because of the resounding Union victory in Atlanta, he fortunately did not stay in that godforsaken prison for more than six or seven weeks.  Since the Confederates feared that Sherman’s troops would come to free the prisoners, that prison was evacuated in September 1864.  We know that the healthy prisoners were all removed by September 17, 1864, and Sebastian was transferred to a prison pen in Macon, Georgia, until Camp Lawton, near Millen, opened to take the prisoners beginning October 10.  When it was determined that Sherman’s “March to the Sea” was under way and heading for Camp Lawton, that prison was quickly evacuated.  Sebastian ended up going to Florence, South Carolina, via Savannah and Charleston.  (Keep in mind that this was during the fall and winter of 1864/65, one of the coldest winters on record.)  From Florence, Sebastian was heading for Richmond, going through Salisbury, North Carolina, and Danville, Virginia, before arriving at Libby Prison.  Around February 22, 1865, now 31-years old, Sebastian was sick from bronchitis, rheumatism, and possibly pneumonia due to laying out nights as the trains would stop for the night.  There were no fires and no blankets either for warmth.  The prisoners laid out with only the rags of their uniforms to keep them warm.  Sebastian witnessed prisoners freezing to death during that journey.  He was considered an “invalid” prisoner and paroled back to Union lines where he was immediately sent off to a hospital in Annapolis, Maryland, for several weeks and later to a hospital in Baltimore.  He was discharged on April 10, 1865, and made his way back home to Little Sandusky, Ohio.  Upon his arrival, his brother-in-law stated that Sebastian was so ill he had to have assistance to get into the house.

Sebastian recovered, but not nearly back to the healthy stature of the man he was before going off to war, and in February 1867 he married Elizabeth (Eliza) Mahley.  They began their journey west as well as their family, making it as far as Itasca, Kansas, before they turned back to the eastern half of the state.  He and his wife had 10 children, and all lived a full life.  Their seventh child was my grandmother.  Sebastian and Eliza eventually moved to Shelbina, Missouri, where they lived out their lives on a farm just south of town.  Eliza passed away about four years before Sebastian; he was three weeks short of turning 77 when he died in January 1911. 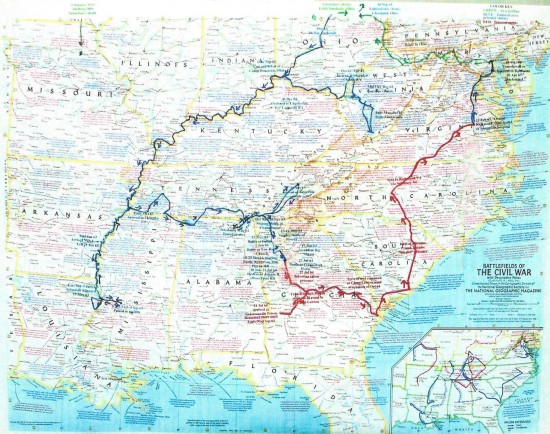