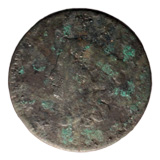 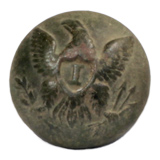 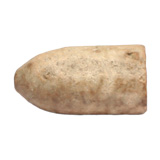 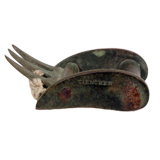 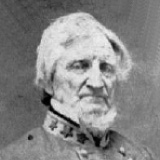 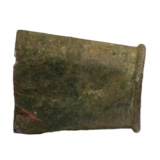 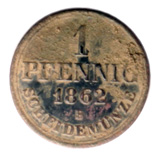 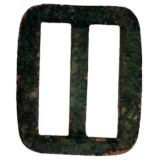 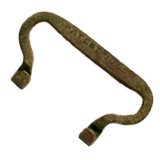 The treatment of POWs by both sides is a particularly dark chapter in the history of the American Civil War. It is a tale replete with poor planning, inadequate infrastructure, fatal illnesses, mutual recriminations, and lingering bitterness. Tragically, many captured soldiers who had survived death-dealing battlefields found themselves in situations that rendered mortality in other less “heroic” ways. Camp Lawton is an integral part of that history. Described by its builder, Brigadier General John H. Winder, as “the largest prison in the world,” Camp Lawton was hastily constructed in the late summer and fall of 1864 to alleviate the horrendous overcrowding and supply and health problems of the Confederate military prison at Andersonville (Camp Sumter), Georgia, that eventually resulted in the deaths of nearly 13,000 Union POWs. The land for the prison was rented from Mrs. Caroline Elizabeth Jones, a local widow. Camp Lawton was initially occupied by enlisted Union POWs during the first week of October. Located along the Augusta and Savannah Railroad five miles north of what was then Millen Junction in Burke County, the new prison facility was modeled after Camp Sumter, but in its execution and operation, was an improvement in most respects.

Situated in a shallow valley through which flowed a spring-fed stream, the prison featured a 42-acre compound framed by a 15-foot-high stockade wall of locally harvested pine logs. At regular intervals along the outside walls, guards were stationed in “pigeon roosts” to keep watch over the inmates. A low fence of pine scantlings ran 30 feet inside the perimeter of the stockade wall and served as a “dead line” to keep prisoners away from the wall. Several brick ovens equipped with kettles were built for cooking purposes, although prisoners typically cooked their rations individually and in small messes. The stream flowed through the prison, bisecting it. The upstream portion was used for washing and drinking, and the downstream portion served as a latrine. A wooden bridge crossed the stream at the point where a sutler’s cabin stood. Ancillary facilities — at least three earthworks, a guards’ camp and hospital, log buildings for administrative purposes, a POW hospital, and two burial grounds for POWs — were located around the stockade.

Most POWs transported to Camp Lawton came from Andersonville via Savannah, where they had been temporarily housed pending the completion of the new prison. Upon entering the prison, POWs were marched across the stream to the north side of the compound, where they were organized and divided into detachments. Although no barracks were provided, POWs constructed their own “shebangs” from materials scavenged from the stockade’s construction along with materials — blankets, pieces of clothing, and shelter halves — they had brought with them. Most Camp Lawton POWs were veteran prisoners and, therefore, had weakened constitutions which contributed to illnesses, but exposure also stalked the inmates as the fall weather turned colder. Subfreezing temperatures, freezing rain, and snow flurries — combined with the illnesses — resulted in death for hundreds of POWs.

Although records are incomplete, the prison guard was probably comprised of elements of the 1st, 2nd, 3rd, and 4th Georgia Reserves, the Florida Light Artillery, and the 55th Georgia. Commanded by Colonel Henry Forno, the reserve units were composed basically of teenage males and older men who were poorly equipped and trained. The prison commandant was Captain D.W. Vowles, and the chief surgeon was Dr. Isaiah H. White. On November 8, Vowles submitted the only existent camp return to the Richmond authorities. It listed 10,299 POWs at the prison, of whom 349 had enlisted in the Confederate Army, 486 had died, and 285 were working at the prison.

Not only was the prison’s administrative staff located on site, but also General Winder (Commissary-General of Prisons in Alabama and Georgia) established his headquarters there. Moreover, just before the prison was evacuated, Winder was promoted to Commissary-General of Prisons east of the Mississippi. Therefore, for a time the administrative apparatus of much of the Confederate military prisons was located at Camp Lawton.

Despite certain improvements over Andersonville in rations (quality, variety, and quantity — at least initially), water supply, space, and sanitation, Camp Lawton POWs ultimately suffered the privations of insufficient rations, inadequate housing, damaging exposure, and poor medical care. Among the events transpiring at Camp Lawton during its brief history was a mock presidential election held among the POWs in November in which Lincoln was the easy victor. When Confederates attempted to recruit their captives for military and other service, some “galvanized” and joined the Confederate Army; others signed paroles and worked as butchers, administrative clerks, or cobblers. In the middle of November, an exchange of sick prisoners was arranged, and many Camp Lawton inmates were among the several thousand Union and Confederate POWs who were exchanged through the port of Savannah.

Initially, POW burials were located near the railroad in a series of three trenches; later burials were located in a trench near the mill pond downstream from the stockade. Although records differ, at least 725 Union soldiers died at Camp Lawton. Following the war, the Army Quartermaster-General’s Office consolidated the burials of Union dead and established the short-lived Lawton National Cemetery on a four-acre plot near the site of the former prison. A dispute with the landowner led to the closure of the cemetery in February 1868, and the bodies were transferred to Beaufort (S.C.) National Cemetery.

The approach of Sherman’s forces brought Camp Lawton to a precipitous end. The last POWs were evacuated on November 22, barely six weeks after the first prisoners had arrived and only four days before Union cavalry reached the empty stockade. Shipped to Savannah, some POWs were then taken into South Carolina; others were transported to a temporary prison near Blackshear, Georgia. Following the war, the memory of Camp Lawton receded, and the physical remains of the prison almost disappeared. In 1939, a Civilian Conservation Corps camp was established at the site and began the construction of Magnolia Springs State Park that encompassed almost the entire site of Camp Lawton. Today, the collaborative efforts of historical scholarship and archaeological investigations, as well as information gained from recent document discoveries, are combining to reconstruct the story of “the world’s largest prison.”