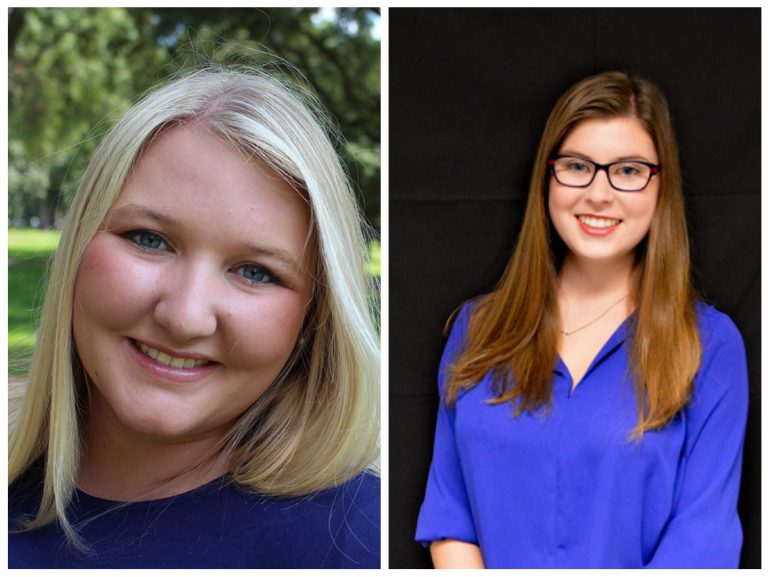 Ashley Archer, a spring 2018 graduate with a Bachelor of Arts in Political Science, was awarded a $7,000 scholarship to support her graduate education. Archer, who was a two-year president of Georgia Southern’s PEΣ chapter, will be attending Florida State University to pursue a master’s degree in higher education administration.

Junior Libby Hartley, who was recently accepted into the nursing program, won a $5,000 undergraduate scholarship. Hartley was the Georgia Southern chapter’s service chair last year and is very active in community service, according to faculty advisor and Director of First-Year Experience at the University, Chris Caplinger, Ph.D.

“First and foremost, winning the scholarships is recognition of a lot of hard work by the students who won,” Caplinger said. “It’s also a recognition of a strong chapter. Phi Eta Sigma students participate in monthly community service, and the chapter sponsors active peer leadership programs.”

Georgia Southern members have had a string of success in the national scholarship competition, winning a total of $70,000 in scholarships since 2010. Caplinger said that over the years he has enjoyed reaching out to students to let them know they won.

“Relaying the information makes for a good day,” he said. “This is life-altering news for some of them.”

In addition to Archer and Hartley, Emily Coats, a senior art major, and Elizabeth Lennon, a senior writing and linguistics major, were both awarded $1,000 scholarships.

To be offered membership to Georgia Southern’s PEΣ chapter, students must earn a minimum 3.6 GPA after the fall semester of their first year as a college student. The national organization will award almost $300,000 in scholarships this year.